skip to main | skip to sidebar

I don't understand any meaning in the thousands of years of war, murder, rape, torture and betrayal that have happened among human beings. Whether it was recorded in history or not, there are millions upon millions of people who have suffered. It's not all in the past. There is still genocide, war and mass murder in places like Africa. Orphaned children and witnesses to atrocities. Where is the balance? I don't have the perspective to understand how things might be getting better or are somehow balanced.
All of the millions of lives that have lived on our earth and experienced, witnessed or performed great evil; all of those lifetimes of experiences, regrets and pain. Does all of it mean nothing?

Hey,
This is interesting and very perspective writing, James. You see the world today clearly and have a heart that wants to change it. I had a Psych professor once who said 'the human being in constantly changing, from the moment we are born we are evolving. The human experience is life teaching, and only we, as humans can pick the subject to learn.'
I like your blog, and I didn't read it until today, when I found out you had one.
Have a great Memorial Day! 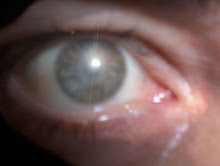 1Chance2Live Widget :: Get it now!